A statement from the police said the new directives were in response to numerous complaints from the public about unprofessional conduct of some officers.

The statement, signed by the Director of Public Affairs Department, ACP David Eklu said, all highway patrol, traffic, barriers, snap checks and others must be under supervision of senior police officers.

Such senior officers according to the Police Service, “should make themselves readily accessible to the public in order to receive complaints relating to extortions, deliberate delays of motorists, the use of uncivil language as well as publicly making political statements that have the propensity to compromise their neutrality as officers.”

The IGP has also constituted a special task force to conduct “periodic checks” on the roads.

The police statement said the task force will as part of their work interview drivers and passengers to collect further information on allegations such as unprofessional conduct by police officers. 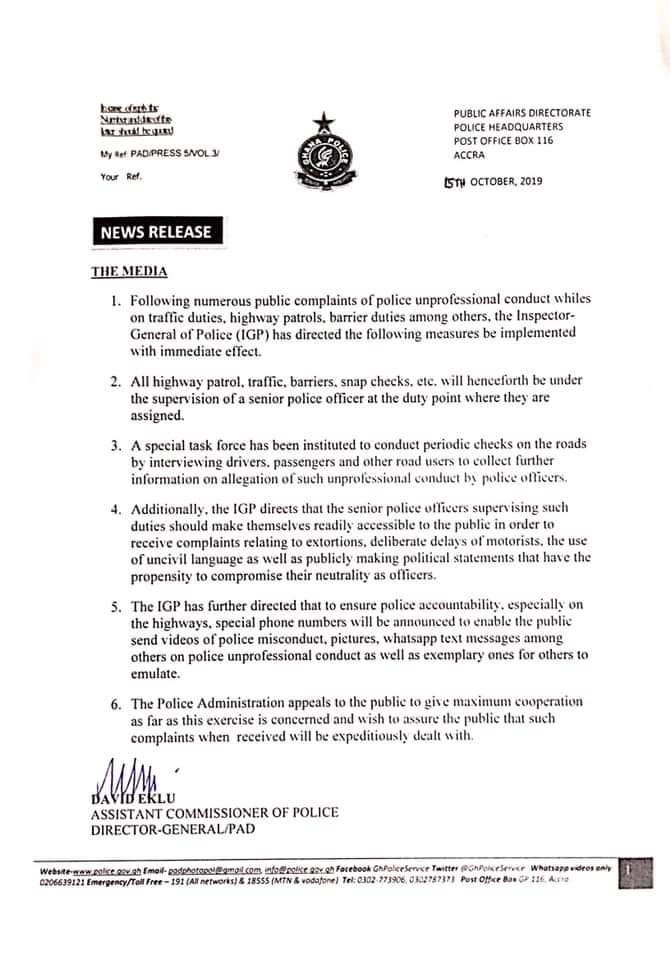 “The IGP has further directed that to ensure police accountability, especially on the highways, special phone numbers will be announced to enable the public send videos of police misconduct, pictures, WhatsApp text messaged among others on police unprofessional conduct as well as exemplary ones for others to emulate.”