Bawumia lists 22 ways the NPP has outperformed the NDC

Dr Bawumia in a post on his social media handles captioned #DroptheHypocrisy, noted how the NPP had restored the training allowances of teachers and nurses which the NDC had cancelled.

He also mentioned the implementation of Free SHS, abolishing of taxes and levies, creation of jobs, the exit of the IMF programme and the digitization of passport and drivers’ licences amongst others as ways the NPP had excelled since assuming the reigns of government in 2016.

His post was made a day after the ‘Kum yen preko’ march organized by the Coalition for Social Justice.

The demonstration was against what the organisers described as hardship, insecurity and oppression experienced under the current NPP administration.

See the 22 ways Ghana has improved under the NPP as listed by Dr Bawumia below; 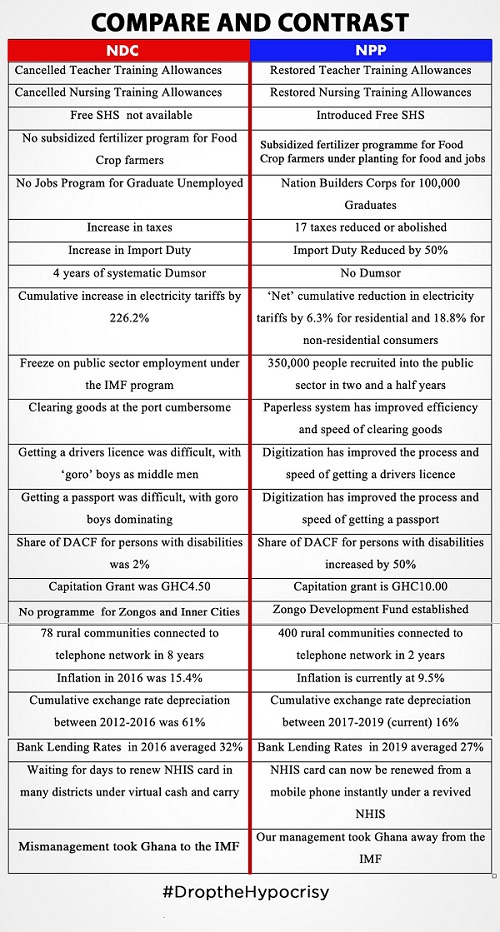