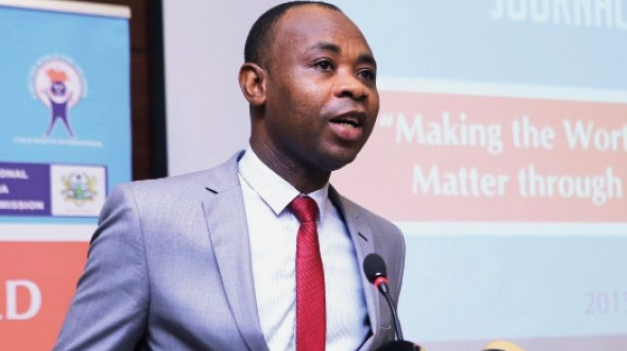 Child Rights International (CRI), a child-centred organisation, has called for the immediate arrest of staff and management of Echoing Hills Village, a non-governmental organisation at Madina, who were captured in a video allegedly subjecting the children to inhuman treatment.

Additionally, the institution called on the state to step in and appoint a new management to take over the daily activities at the orphanage to protect the children.

In a statement issued and signed by its Executive Director, Mr Bright Appiah, CRI said it was becoming a growing trend where organisations and institutions meant to give a safety net for children tended to rather subject them to inhuman treatment and abuses.

“This new exposé from Anas Aremeyaw Anas on the plight of the children at Echoing Hills Village must not be swept under the carpet. The state must rise up and deal with the issue drastically,” the statement said.

On June 28, this year, Investigative Journalist, Anas Aremeyaw Anas, released a portion of a yet-to-be released new documentary which captures a man of God, who runs an orphanage, torturing and threatening the life of the orphans under his care in a children’s home.

In the documentary, Anas reveals how children of a non-governmental organisation, Echo Hills Village, at Madina, live under inhumane conditions, with caretakers physically abusing some of the orphans.

Dubbed: “Torture Home…when a man of God abuses children”, excerpts of the yet-to-be-released documentary show the manager of the home, Rev. Lawrence Lamina, verbally and physically abusing some children.
The documentary also reveals how Rev.  Lamina sells donations meant for the upkeep of the home.

The statement explained that it was paramount for the state to put in place measures to protect children from the actions of evil people, indicating that “it formed part of the children’s right”.

CRI said the organisation was shocked when it saw portions of the video and could not understand why any human would subject children to “an inhuman condition”.

“Failure on the part of the state to respond quickly to the needs of these children is a denial of their fundamental human rights,” it said.
CRI said there was the need for the state to bring  anyone found violating the rights of children to book immediately.

“The core of our social protection system is to defend the vulnerable and protect their integrity against any other interest. This has to be on the top priority of the state,” the statement said.

“Per the statement of CRI, the video from Echoing Hills orphanage should sound the wake-up call for the state institution responsible for the safety of children to embark on a tour of orphanages, CRI said.”

It said the nation must not wait any further since there could be more children being ill-treated in various places in the country.