Nigerians behind kidnapping of 2 Canadian girls

Fresh details have emerged pointing to Nigerian masterminds behind the kidnapping of two Canadian girls who were volunteering in Ghana, JoyNews has learnt.

Four Nigerians whose identities are yet to be confirmed held Bailey Jordan Chitty, 20, and Lauren Patricia Catherine Tilley, 19, at a house at Akyease in the Kwabre East District of the Ashanti region.

The Police have so far arrested 10 persons in connection with the kidnapping. They include three Nigerians. Another Nigerian is also on the run, JoyNews has gathered.

Photo: The girls were kidnapped just outside the Royal Golf Club in Kumasi

Their captivity lasted seven days since they were forced into a taxi on June 4. Nigerian suspects have been involved in all four high-profile kidnappings in what analysts say point to an influx of Nigerian-style crimes in Ghana.

A Nigerian suspect is being held over the kidnapping of three girls in the Western regional capital, Takoradi, in 2018. The girls are yet to be found.

Photo: Samuel Udoetuk-Will, a Nigerian is a suspect in the kidnapping of the three girls

The police are also on a manhunt for three Nigerians linked to the kidnapping of the Consular-General and Head of Mission of Estonia to Ghana, Nabil Makram Basbous, in April 2019 in Accra who was later rescued by police. 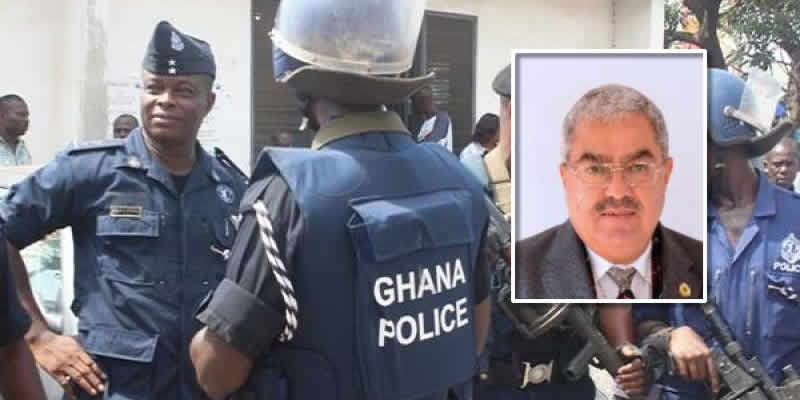 The Police in Kasoa in the Central region arrested three Nigerians over the kidnap and murder of a two-year-old boy last April.

At a press conference in April, the Police CID revealed it had arrested a two-man Nigerian gang who have confessed to at least 11 armed robberies, a spree that included raping their victims before bolting with cash worth more than two million cedis.

In the latest episode of kidnapping, National Security operatives engaged the Nigerians in a gun battle before overpowering the suspects.