A US mother of five children who were killed by their father has asked a jury to spare him the death penalty.

Amber Kyzer told a court in South Carolina that Tim Jones Jr “did not show my children mercy by any means, but my kids loved him”.

The 37-year-old was convicted in May of killing the siblings, aged one to eight, at his home near Lexington on 28 August 2014.

The jury is considering whether Jones should be executed or jailed for life.

“I hear what my kids went through and what they endured,” Ms Kyzer said in court on Tuesday.

“And as a mother, if I could personally rip his face off I would. 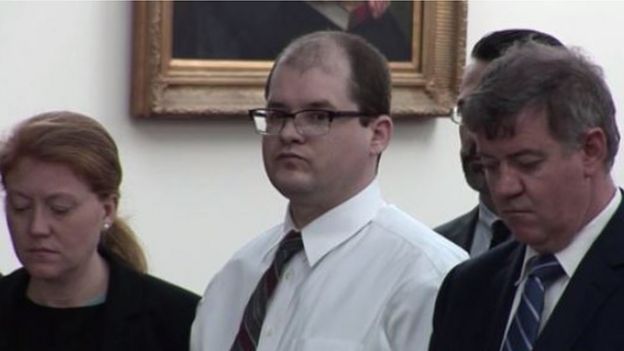 Ms Kyzer told the jury she had opposed the death penalty for most of her life.

She said that despite at times hoping the legal system would “fry” her ex-husband she would not ultimately choose to sentence him to death.

“He did not show my children any mercy by any means,” she said. “But my kids loved him and if I’m speaking on behalf of my kids and not myself, that’s what I have to say.”

Ms Kyzer added, however, that she would respect whatever decision the jury reached.

She was called to give evidence by Jones’ defence lawyers.

The couple wed six weeks after meeting in 2004 when they both worked at a children’s fun park in the Chicago area. 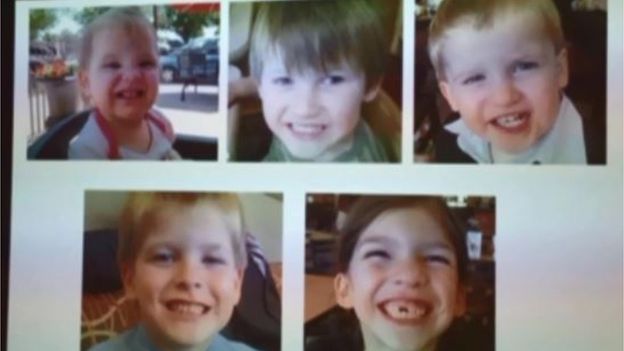 Image caption: Jones drove around aimlessly for nine days with the children’s bodies in his car

But she testified in May that the marriage had turned sour because he became religiously strict, demanding that women were “to be seen and not heard”.

When they divorced after nine years, she gave him custody of the children because he had an $80,000(£63,000)-a-year-job as an Intel computer engineer and a car.

She saw the children every Saturday at a Chick-fil-A restaurant.

On the day Jones murdered the children, the court heard, he went berserk when he found six-year-old Nahtahn playing with a plug socket at their home.

He killed the boy and then decided to strangle the other four children, Elaine, one, Gabriel, two, Elias, seven, and Mera, eight.

Jones wrapped the bodies in plastic, the trial heard, put them in his sports utility vehicle and drove around for nine days before leaving the remains in rural Alabama.

He was arrested during a traffic stop in Mississippi when a police officer recognised “the smell of death” coming from the car.

Jones pleaded not guilty by reason of insanity.

The defence team say he was suffering from undiagnosed schizophrenia, a mental illness that afflicted his mother, too.

They argue he snapped when his wife left him for a teenager who lived next door.