Work is on-going on the Odaw river to remove silt from it to ensure the smooth flow of rainwater to prevent the perennial flooding in the capital city, Accra.

The 80-meter-deep storm drain has been heavily choked by sand, debris and largely plastic waste blocking the flow of rainwater which causes floods in Accra.

Dredge Masters, a leading provider of modern technological dredging services, is on site busily desilting and dredging the Odaw drain and the Korle Lagoon with its heavy duty machines and equipment.

The team is also carting heaps of silt piled along the banks of the two major drains to a final disposal site. 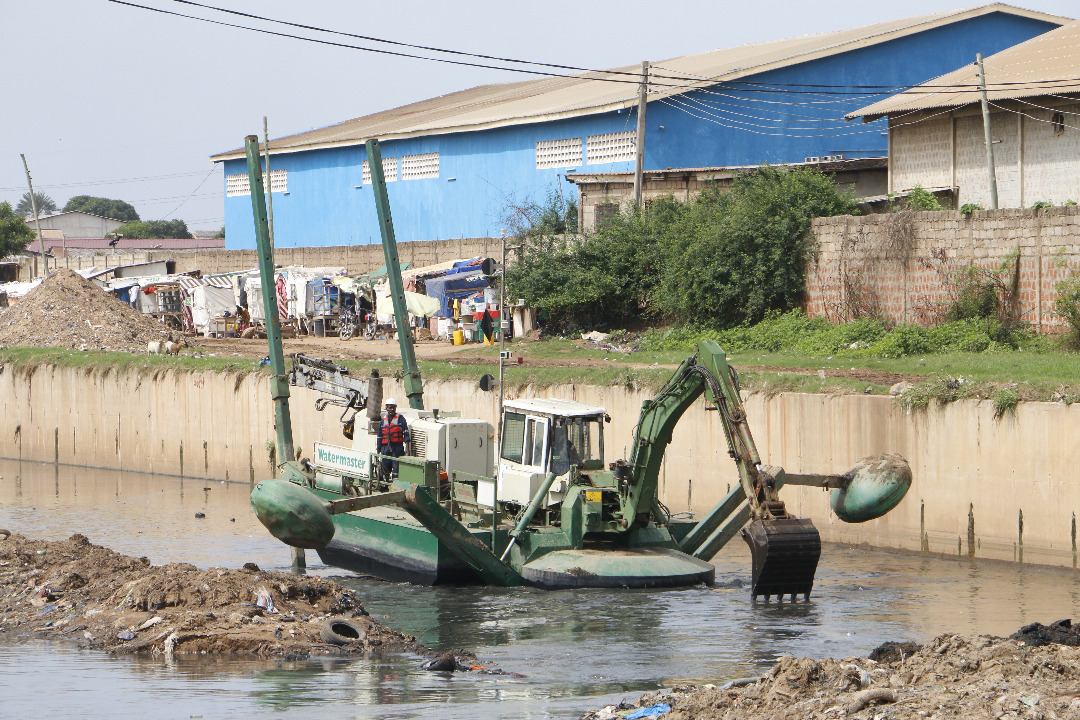 The Operations Manager of Dredge Masters Ghana Limited, Mr. Sena Adiepena in an interview explained that the company is working day and night to restore the drainage efficiency and holding capacity of the two major drains to avert any flooding as the rains set in.

He said the scope of work starts from the Odaw Onyasia confluence at Carprice in Accra, through the Avenor, Kwame Nkrumah interchange, Agbogbloshie, South Kaneshie drain and the Korle Lagoon.

Mr. Adiepena revealed that over 1 million cubic meters of dredged materials had been removed from the Odaw drain since the company was awarded a two-year contract in 2016 to dredge the drain and the lagoon and also re-construct an interceptor to treat pollutant water. 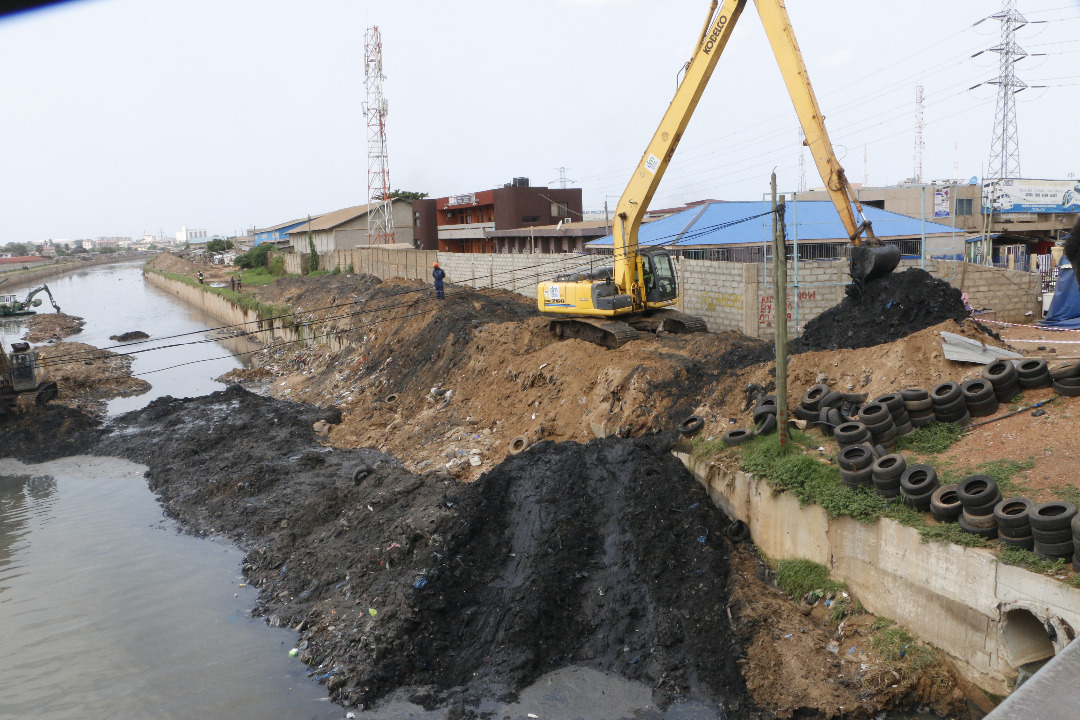 He said despite the challenge of little re-occurring silt finding its way back into the drains as a result of unpaved banks along the storm drain, the company will continue the dredging exercise as 70% of silt materials have already been collected.

In June 2016, a two-year contract was awarded to Dredge Masters Ghana Limited to desilt and dredge the Odaw drain and restore the Korle Lagoon to avert the perennial flooding in Accra under the Accra Sanitary Sewer Storm Drainage Alleviation Project.

The initial agreement was extended in February 2019 for maintenance dredging of the Odaw drain and the Korle Lagoon under the same scope.